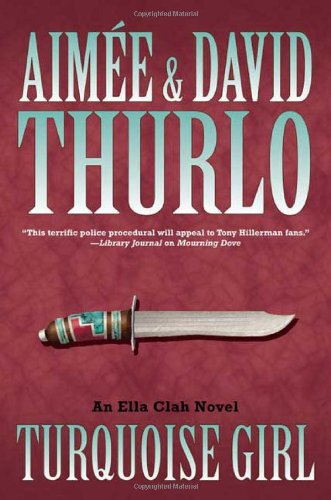 In the action-packed 13th adventure (after 2006's ) of Special Investigator Ella Clah of the Navajo Tribal Police, an anonymous tip alerts her team to the murder of waitress Valerie Tso, whose body the killer arranged in a kneeling position "as if in prayer." Ella soon recalls similarities to a crime she investigated years earlier during her time off rez in Los Angeles—one of several connections she makes between current and long-ago crimes. Valerie's mother, Lena, is a close friend of Ella's mom, but Lena's desire for swift vengeance puts the families at odds. As more deaths occur, Ella seeks to apprehend the killer before the Fierce Ones, the vigilante group Lena has called on, extract their own version of justice. The symbolism at several murder scenes points Ella to the church where her father, murdered 10 years earlier, once preached, and also to the congregation shepherded by her romantic interest, Rev. Bilford Tome. The Thurlos enrich the mystery plot with detailed reference to Navajo beliefs in tension with modern Christianity.