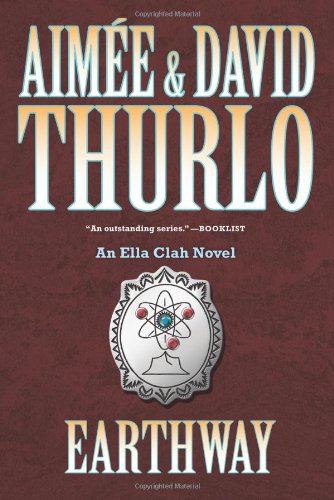 At the outset of the Thurlos' exciting 15th Ella Clah novel (after 2008's ), Special Investigator Ella of the Navajo Tribal Police discovers a pipe bomb in the classroom of her almost-lover, Ford Tome, a Christian minister and former FBI agent who's now helping to track down a cell of antinuke fanatics before they can sabotage the nuclear power plant that's just been built on the Shiprock, N.Mex., reservation. The bombing case is complicated by a radical professor sending coded e-mails, a violently abusive husband who blames Ford for the breakup of his marriage and a camp of well-armed survivalists. Meanwhile, a clever sniper is stalking Ford and Ella, who's torn between embracing Ford and his God or holding onto traditional beliefs. The authors smoothly blend personal and professional concerns, as the Navajo police sort through a tangle of lies and loyalties while respecting the values of traditionalists and adapting to modern intrusions.