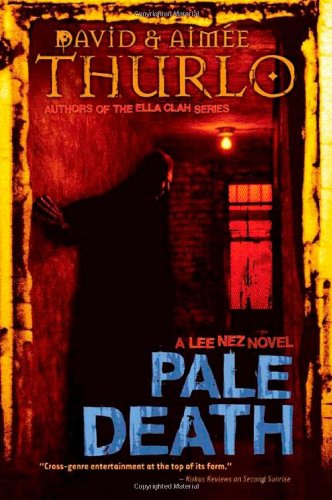 In the Thurlos' fast-paced third adventure (after 2004's ) to feature Leo Hawk (aka Lee Nez), a half-vampire Navajo and New Mexico cop who "died" in 1945, Leo and FBI agent girlfriend Diane Lopez team up to hunt down Stewart Tanner, a vampire who's been driven insane by torture received in covert government experiments. In addition, the pair must contend with proliferating vampires in Four Corners who are causing major problems. Tanner is captured, but later escapes from his cell after an electrical outage and goes on a killing spree that leads Leo and Diane on a breathless chase. The story ends somewhat abruptly with a surprising discovery that points to secrets to be revealed in the next installment. As usual, the authors smoothly combine action and investigative procedure with insights into Navajo culture.