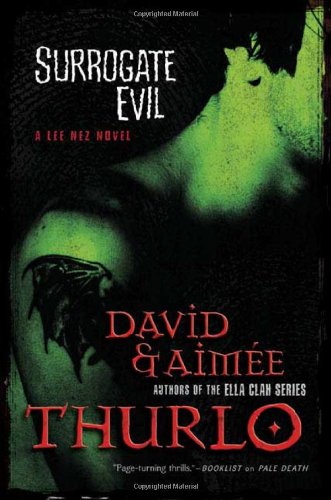 In the Thurlos' lackluster fourth Lee Nez novel (after 2005's ), the half-vampire Navajo police officer and his girlfriend, FBI Special Agent Diane Lopez, set up undercover housekeeping across the street from East Mountain area crime and corruption kingpin Newton Glover. Lee draws on his extraordinary nightwalker abilities to track and bring down Glover, as well as find a missing 10-year-old, Timothy Klein, who might be Glover's victim. Lee and Diane enlist the aid of Albuquerque, N.Mex., police officer Andrea "Andy" Moore, and the good guys set a trap to snag Glover and take down a wannabe porn producer in the very same net. Lee takes more than the heat on this one, and more than one officer loses his life in the foray. Unfortunately, the concluding action amounts to too little too late.