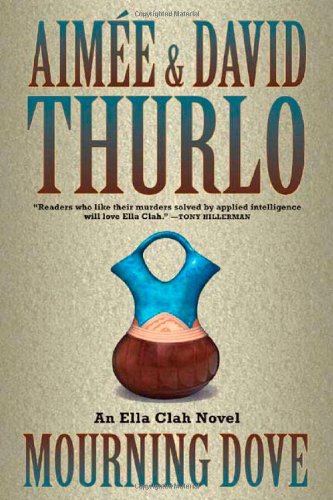 When an apparent carjacking takes the life of a tribesman recently returned from Iraq in the Thurlos' solid 12th Ella Clah novel (after 2005's ), the Navajo Tribal Police Special Investigator finds enough differences between this incident and the reservation's spate of carjackings to suspect the scenario is a coverup for murder. Ella's suspicions increase when fellow returning National Guardsmen describe the victim, Jimmy Blacksheep, as never having been a "team player." Now Clah and her officers must learn what sort of games these men were playing. The key lies in the manuscript pages of a tale the dead man wrote based on animals both familiar to and dissimilar from those of Navajo mythology. The handsome new pastor at Ella's cousin's church offers his considerable investigative skills and mysteriously high security clearance to help break Blacksheep's code. Add some new friction between Ella and her daughter Dawn's father, plus a significant announcement from Ella's mother, Rose, and you've got an all-around satisfying adventure.