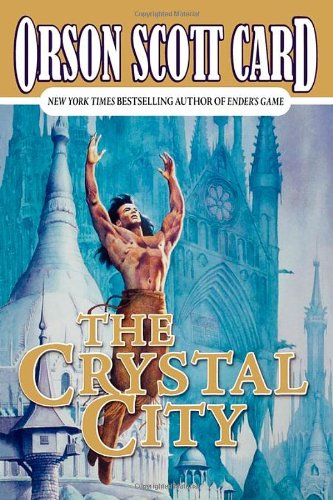 If not the best in the series, Card's latest Alvin Maker novel (after 1998's ) still enchants. In the author's alternative American frontier world, Indians work the magics of nature, Africans transform themselves with trinkets and whites have knacks—magical talents that allow them to shape metal, find water, win the hearts of followers and more. Alvin, the powerful seventh son of a seventh son, can create things that cannot be destroyed. He also has more than his fair share of knacks as well as some Indian magic. Determined to stop suffering where he finds it, he dreams of building the Crystal City, which will help mankind live in peace. A large part of the appeal lies in the book's homegrown characters using their powers for ordinary purposes. A blacksmith's knack shapes axes that never dull, while a midwife can sense the health of her patients. Even as Alvin performs miracles to lead thousands of slaves out of bondage, he is filled with uncertainty about what to do with his life and self-doubt because he couldn't save his stillborn child. Alvin's fans will be relieved to know that the City is indeed begun in this volume, but those who were expecting the start of the civil war, previously billed as forthcoming, will have longer to wait.