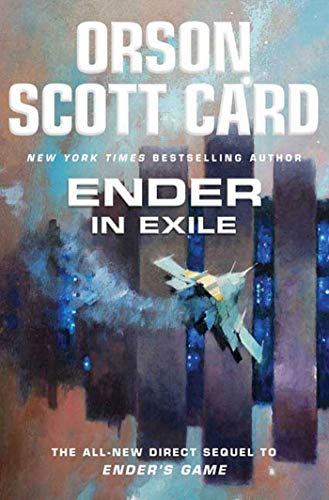 Set between Card's Hugo and Nebula–winning (1985) and (1986), this philosophical novel covers familiar events, but puts new emphasis on their ethical ramifications. In the wake of his victory over the alien Formics, 12-year-old military genius Ender Wiggins is hailed as a hero, but governments opposed to the International Fleet, which trained him, intend to portray him as a monster. Ender winds up as titular governor of one of the new human colonies, where he struggles to adapt to civilian life and ponders his role in the deaths of thousands of humans and an entire alien species. His agonized musings aren't always sophisticated but possess a certain gravitas. Fans will find this offering illuminating, and it's also accessible to thoughtful readers new to the series.