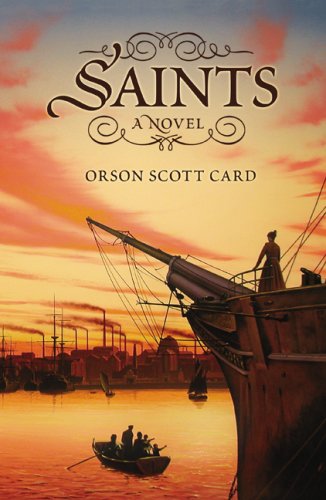 First published in 1984 and marketed as a romance under the title , Card's magnum opus deserves a wider readership than it has hitherto enjoyed. Best known for his fantasy fiction ( , etc.), Card does an excellent job of depicting the Dickensian horrors of England undergoing industrialization in the early 19th century as well as the early trials of the Church of the Latter-Day Saints as experienced by his heroine, Dinah Kirkham. After converting to the new "Mormon" faith, Dinah emigrates from Britain to America, where she becomes one of the plural wives of the church's founder and prophet, Joseph Smith. The controversial Smith comes across as convincingly human as do the rest of Card's not always admirable characters. Not just for the LDS faithful (the author is himself a Mormon), this ambitious novel will appeal to anyone interested in a sensitive examination of the roots of religious feeling.