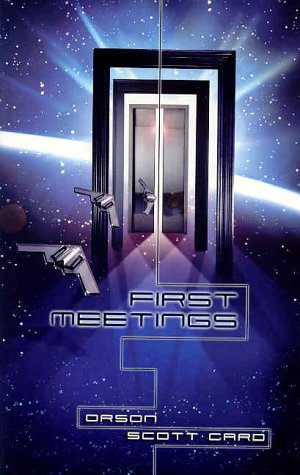 A quarter century after the world first learned that "the enemy's gate is down" in Card's groundbreaking "Ender's Game," comes a collection bringing together that novelette with two more recent stories that expand on the concepts and philosophies bound up in the story of Ender, the uncannily brilliant boy who is forced to sacrifice himself to save the world from alien "Buggers." "The Polish Boy"—a previously unpublished tale of how Ender's father, John Paul, at the age of five manipulated Captain Graff of the International Fleet into saving his "noncompliant" family—showcases Card's talent at developing the inner life of a character. John Paul possesses a mind that marries a child's lack of worldly experience with a preternatural sense of the people and goings on around him. "The Investment Counselor," a fun if relatively slight story, explains how the AI named Jane first formally introduced herself to Ender. As for "Ender's Game," even those who are intimately familiar with the concepts of the Game from later Ender books will be struck anew by Card's virtuosity. His powerful voice and startlingly clear vision will draw many new readers into a lifelong love of science fiction. This accessible collection will impress even non-sci-fi buffs, besides being a must-have for Ender saga devotees.