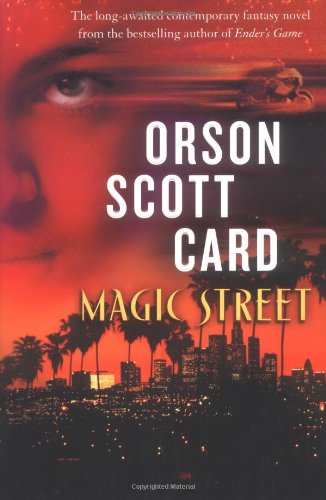 The residents of Baldwin Hills, a middle-class African-American L.A. neighborhood, get caught up in a battle between the king and the queen of the fairies in this wonderful urban fantasy from Card ( ). Mack Street, who was abandoned as an infant, grows up to be a sweet but strange but sweet boy. No one could imagine how he is connected to "Bag Man," who lives in an invisible house at the opening to Fairyland and can temporarily force anyone to happily do his bidding, or to a darkly mysterious "motorcycle riding hoochie mama," who seduces men with a touch and has big plans for Baldwin Hills. Not even Cecil "Ceese" Tucker, who found Mack in a shopping bag, can believe that the neighbors' most secret desires are flowing into Mack's dreams, occasionally dripping out and becoming true in a horrifically twisted fashion. When a young swimmer who wishes she were a fish is found drowning in her father's waterbed, magic is never suspected. But once everyone knows the truth, what will they do about it? The ways that the mundane and fantastic intersect are completely believable, and the characters crackle with personality and attitude. Crisp, clean writing creates a vivid sense of place and plugs readers into a story they won't want to see end. .