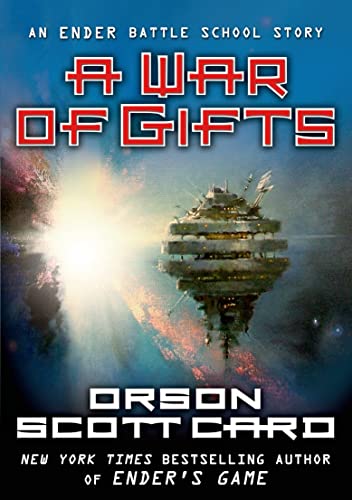 A War of Gifts: An Ender Story

Card returns to his Hugo and Nebula award–winning Enderverse saga (after 2005's ) with a heartwarming novella for the holidays. When Zeck Morgan, the young son of a puritanical minister, qualifies for admission into the International Fleet's Battle School, he is brought to the school against his will. Citing his pacifist religious beliefs, Zeck refuses to participate in any simulated war games, but when he sees a Dutch student give a friend a small present in celebration of Sinterklaas Day, he reports the violation of the school's rules against open religious observation and sparks an uproar over religious freedom and the significance of cultural traditions. Meanwhile, Zeck becomes a pariah until series hero Ender Wiggin finds a way to show him the real meaning of the holidays. Exploring themes of tolerance and compassion, this story about stuffing stockings is, fittingly, a perfect stocking stuffer for science fiction fans of all ages.