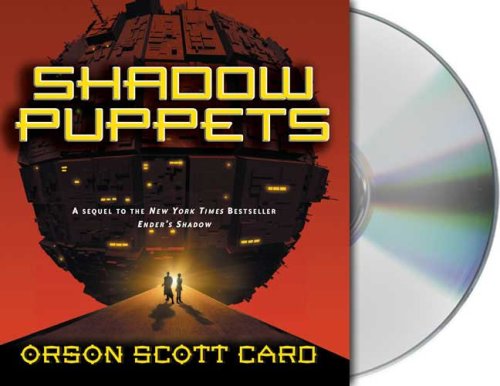 Card spins another adventure in the Enderverse, following the exploits of Bean, Petra, Peter Wiggin and many of the other Battle School students. Wiggin, the Hegemon of a floundering and fragile union of countries, has freed the sociopath Acheel. While Wiggin realizes the error of his actions, Bean and Petra are on the run to avoid Acheel's overwhelming realm of influence. Though Card's politics and beliefs permeate the narrative, none can deny his masterful storytelling, enhanced by the four narrators. While presenting different points of views and even voices within the story, they at times overlap and still perform well. Each seem to dominate a different perspective of the book. Birney's brittle voice identifies the cold calculating side of Wiggin while also imbuing at times the desperation and frustration of the aspiring world leader. Brick works best with the cool and collected Bean while De Cuir uses her stern lilting voice to embody the lead female characters. Rudnicki's deep, cold voice is the perfect choice for the almost toneless e-mails prefacing each chapter.