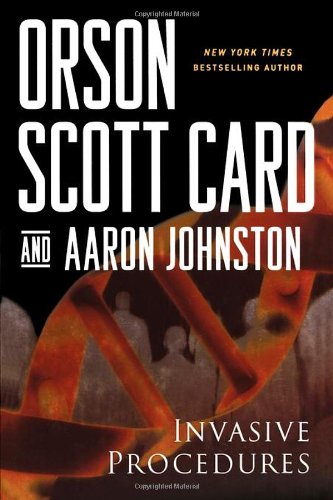 In this intriguing medical thriller from bestseller Card ( ) and screenwriter Johnston, George Galen, a disgraced geneticist, feeds and medicates the downtrodden with the help of a genetically altered band of helpers known as Healers. In the form of a virus called V16, Galen has developed an effective treatment for many incurable genetic diseases; the problem is that when V16 isn’t expressly tailored for each individual patient’s DNA, the results are disastrous. Enter virologist Lt. Col. Frank Hartman, recruited by the federal Biohazard Agency to catch Galen and create an antidote. As Frank and his team work frantically, romantic threads unspool, while Galen insists that if the government would just stay out of his way, he could save countless lives. Based on Johnston’s screenplay for Card’s 1977 story “Malpractice,” the novel plays out with few surprises, but raises pertinent regulatory questions.