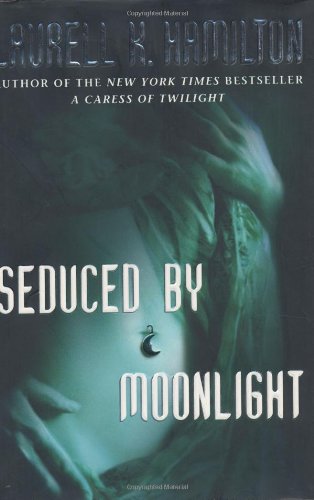 Considering all the complications, sexual and otherwise, that Merry Gentry, heir to the faerie throne, endured in (2000) and (2002), it's no surprise to find the start of Hamilton's third book in her erotic fantasy series weighed down by attempts to conversationally recap earlier convolutions. Even readers of the first two books might have problems sorting out exactly why Merry is messing with the goblin king via magic mirror. Though the author maintains interest through such devices as an imaginative sex scene involving Merry, two of her sidhe studs and a doll-sized, winged, blood-sucking demi-fey, it takes a milieu switch from L.A. to St. Louis and the Unseelie court for the plot to take off and become a page turner. Merry confronts faerie politics that make Machiavelli look like a rookie, while her aunt's sadistic madness leads to what must rank as one of the bloodier scenes of fictional slaughter. Since Merry's previous role as a private eye has almost completely disappeared, nefarious deeds require magic to solve rather than detection. Hamilton's trademark mix of the personal and emotional along with the sexual will as usual delight her fans. Add yet another tour de force ending, a new final total of 16 lustful sidhe male immortals with whom to couple (or triple or...), and a fair future is assured for Merry for at least another few books.