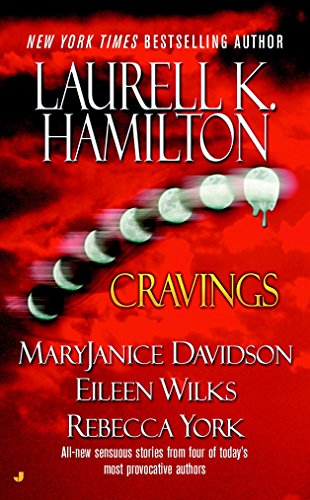 One need only glance at this anthology's lineup of authors to know that it's bound to be loaded with kinky, creative sex. And indeed, that's exactly what Hamilton delivers in "Beyond the Ardeur," which uses the setting of a wedding to bring back virtually the entire cast of characters from her popular series about necromancer Anita Blake. While Hamilton's fans will enjoy revisiting these night creatures, some may be disappointed to find that this tale is all sex and no slaying; the only mystery is which paranormal hunk(s) will satisfy Anita's ardeur. Far more suspenseful is York's "Burning Moon," which follows a blind tarot reader and a werewolf as they steam up the sheets and try to trap a serial killer. Equally compelling but more inventive is Wilks's "Originally Human"; neither the succubus heroine (whose age varies between 19 and 300, with stops at 50 and 35) nor the reader uncovers her amnesiac mystery man's identity till the final pages. Davidson, meanwhile, delivers nonstop, witty repartee and a surprise denouement in "Dead Girls Don't Dance," a delightful romance between a vampiress and her old college classmate. By turns sensual, suspenseful and amusing, this anthology will satisfy almost any craving.