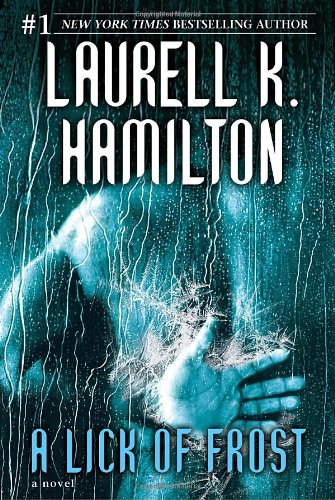 A Lick of Frost

Princess Meredith NicEssus of the Unseelie Court finally reaches an elusive goal in Hamilton’s seductive sixth Meredith Gentry paranormal romance (after 2006’s ). Half-human, half-faerie, Meredith is a former L.A. PI whose current full-time job is trying to get pregnant—trying at least three times a day, in fact, mainly with her devoted retinue of sex-starved guards—to insure her ascendancy to the Unseelie throne of night. Unfortunately, her bedding schedule has been interrupted by Lady Caitrin of the Seelie Court, who claims she was raped by three of Meredith’s guards. Meredith must protect her faithful retinue from the terrible wrath of her uncle, King Taranis of the Seelie Court, and defend herself from the dangerous desire Taranis harbors for her. Hamilton depicts Meredith’s erotic adventures in her usual breathless, overheated style, but also reveals a deeper glimpse into Meredith’s introspective side as she reflects on her favorite lover, Killing Frost, whose strange fate finds her re-evaluating the costs of being a future queen.