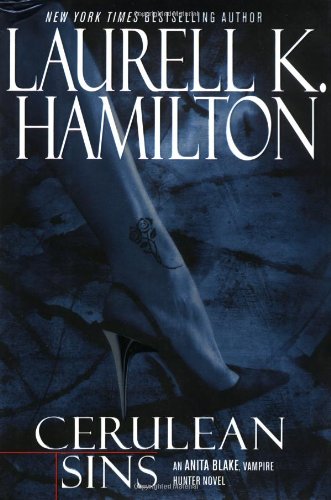 Anita Blake is one the more fascinating fictional heroines since Scarlet O'Hara—and a hell of a lot more fun than most. Despite her satin lingerie, short skirts and high heels, she kicks both human and non-human bad-guy butt—hard. Having gained immense supernatural powers and become an important force in the vampiric and lycanthropic communities of St. Louis in the 10 previous books, Anita begins this fantastic dark adventure by raising the dead and ends it by tackling a murderous monster. In between, she wades (literally) into a bloody investigation of a preternatural serial killer and (metaphysically and physically) into dangerous vampire politics. Über-vampiress Belle Morte has sent her dreaded surrogate, Musette, to demand that Anita's paramour, Jean-Claude, Master Vampire of the City, return the vampire Asher to her—a fate worse than a stake through the heart. In order to save Asher, Anita must be both sexually and psychically creative. Anita and the vampires also need head werewolf Richard to help defeat Belle Morte's designs. But can Richard, who recently dumped Anita because she was more "monster" than human, be relied on? Meanwhile, cop Dolph Storr, who's gone violently anti-preternatural, won't let Anita (now a federal marshal) help stop a series of gruesome murders. If this all seems complicated, it's nothing compared to Anita's sex life. There's plenty of the hot stuff, but it's presented with a certain morality and definite hilarity. After unraveling, to the detriment of writing and plot, some character and story line knots in previous bestseller (2001), the author is back on track with the best Blake yet.