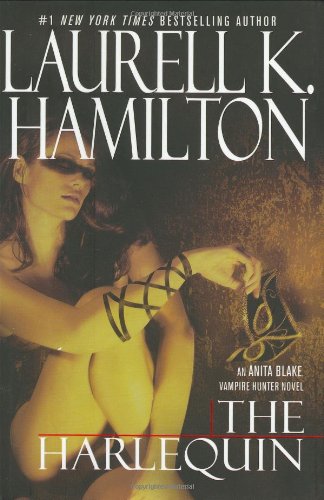 At the start of bestseller Hamilton’s solid 15th adventure to star vampire hunter Anita Blake, Malcolm, the priggish head of the Church of the Eternal Life (the vampire church), is so desperate for help in dealing with the Harlequin, a troop of vampire enforcers and spies so feared vampires are forbidden to speak its name, he turns to those he considers sinful and corrupt—Anita and her sweetie, Jean-Claude, St. Louis’s Master of the City. The Harlequin may have targeted Anita and the powerful triumvirate she has forged with Jean-Claude and Richard Zeeman (aka Ulfric of the werewolves). According to the rules, the Harlequin must make contact through delivery of a mask—white to indicate they are watching, red for pain, black for death. Anita receives a white mask, but the members of the Harlequin aren’t playing by the rules. Shorter and more tightly structured than the previous entry in the series, Danse Macabre (2006), Hamilton’s latest should prove more satisfying to longtime fans with its straightforward supernatural politics and steamy (but not extreme) sex. (June)