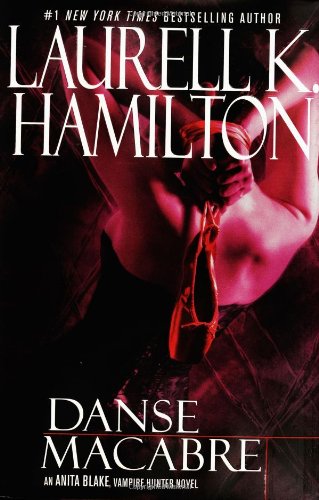 The uniquely complicated life of Anita Blake, the St. Louis–based necromancer, gets even more complicated when Anita discovers she may be pregnant in the 14th novel in bestseller Hamilton's vampire hunter series ( , etc.). Her sexual magic powers require multiple lovers, so there are six potential fathers. One possible dad, werewolf Richard, has trouble understanding that, baby or not, Anita's still a federal marshal who raises the dead and executes vampires. In addition, terrifying, life-threatening obstetrical challenges are involved, since the maybe-mommy has to deal with vampirism and several strains of lycanthropy coursing through her veins. That Anita has no detecting to do may disappoint some fans, but playing hostess to a gathering of North American vampire Masters of the City, ostensibly in town for a performance by a vampiric ballet troupe, keeps her plenty busy. When the vampire ballet takes the stage toward the end, several new plot elements emerge. The very lack of a finale suggests that there's no end in sight for this fabulously imagined series.