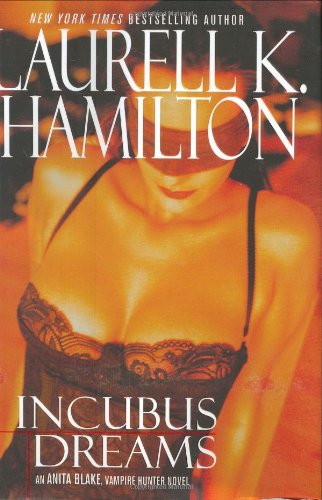 Fans of bestseller Hamilton's vampire hunter Anita Blake will be thrilled with at least one aspect of this transitional 12th installment (after 2003's ): Anita finally resolves her relationships with werewolf ex-boyfriend Richard Zeeman and vampire boyfriend Jean-Claude. They'll also be pleased to see Anita finally get comfortable with her own behavior, despite crossing many lines—sexual, psychological, professional, paranormal—that she previously thought uncrossable. In her role as vampire-executioner and preternatural-crime investigator, Anita pursues a band of serial-killing vampires who prey on female strippers, but much of the novel focuses on her responsibilities as a leader in St. Louis's vampiric-lycanthropic community. Those obligations are often intertwined with sex, the basic tool of her ever-growing magical powers. The that compels her to have sex in order to fuel her two "power triumvirates" must now be fed with increasing frequency. Old foes threaten as new enemies emerge. There's plenty of life (and undeath) left in this series, and Hamilton's imagination is apparently as inexhaustible as her heroine's supernatural capacity for coupling.