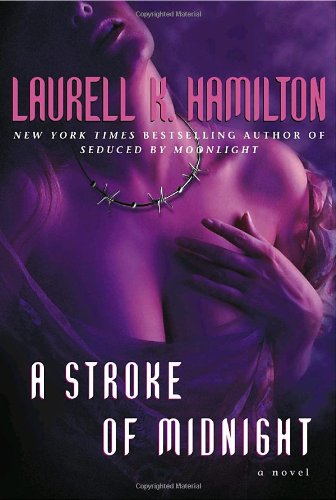 A STROKE OF MIDNIGHT

Solving a double homicide, avoiding assassins and coping with growing, sometimes uncontrollable, power keep faerie private detective Princess Meredith NicEssus (aka Meredith Gentry) busy in the fourth and strongest entry in Hamilton's adult fairy tale series (after 2004's ). When someone murders a fey and a reporter during a press conference inside the Unseelie's headquarters, Merry calls in the cops to assist (and inadvertently involves the FBI as well). But once on magical turf, human police face challenges and dangers of which the princess was unaware. Meanwhile, Merry lives up to the five fertility deities in her lineage and lustily fulfills her royal duty of mating with sidhe males and making sex beyond mere human comprehension. As Merry matures, the meaning of all the sex and magic comes into more effective focus, as does Hamilton's underlying mythos of the restoration of the faerie race's true power. The absence of complicated politics results in a more palatable plot than in previous volumes. By the end, the Unseelie court seems to be tiring of Merry's super-sadistic Aunt Andais, the Queen of Air and Darkness (as are, most likely, many readers). The queen's son and Merry's rival for the throne, Prince Cel, looms as an even greater, more corrupt menace to her future. Faeries, fornication and forensics fuse for yet another darkly fantastic frolic for Hamilton fans.