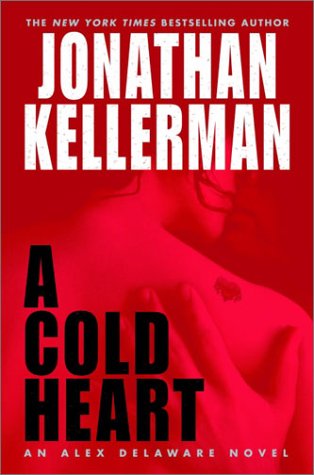 "This one's a twister, isn't it?" Kellerman is at it again with number 17 in his highly successful series starring smooth L.A. psychologist Alex Delaware. In this latest installment, Delaware is called in (via Homicide pal Milo Sturgis) to consult on a string of bizarre murders of fringe artists on the verge of stardom. The victims—a bluesman out of rehab, a punk diva screaming her way toward a record deal, a rising young concert pianist and an abstract painter—seem utterly unrelated. Their only connection, as Delaware shrewdly notes, is that each is "[a] gifted, damaged soul snuffed out violently, during the first blush of comeback." Rounding out the investigative team is Det. Petra Connor (reprising her role from previous Kellerman books), this time paired with spooky, skinny Eric Stahl, a silent ex-soldier with a sweaty fear of hospitals. The clues appear in an underground zine covering art in absurdly pretentious tones ("This is DANCE as in paleo-instinctuo-bioenergetics") in articles signed by the "Faithful Scrivener," and lead the team to encounters with some of the weirder denizens of the City of Angels. Of course, Kellerman provides a meaty layer of interpersonal relationships beneath the surface of his plot, so that longtime fans can tune into the latest episode of Delaware's tense friendship with his ex, Robin, which is not where he hoped it would be, but which he handles with his usual aplomb ("When in doubt, ask about the dog"). That Robin's occupation places her squarely in the killer's crosshairs wraps things up nicely. Booksellers should have little trouble moving this along.