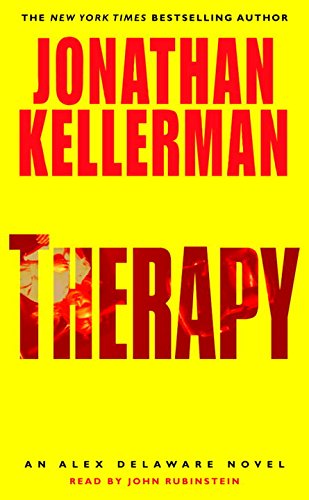 In this audio adaptation of Kellerman's newest thriller (after ), psychologist Alex Delaware and his partner, LAPD homicide detective Milo Sturgis, tackle a gruesome lover's lane murder. The story is packed with a full list of suspects and witnesses, including a supercilious television shrink whose practice employs two other equally loathsome therapists. Stage and screen performer Rubinstein takes all their measures in stride, smoothly shifting genders, emotions and attitudes. In one instance, he subtly provides a self-styled pacifist karate instructor with barely checked anger, and in another, he lends a sleazy sex club entrepreneur just a hint of humanity. The highlight of his performance, however, is his dead-on interpretation of the seemingly odd-coupled best friends, Delaware and Sturgis. Having narrated numerous Kellerman audios, Rubinstein has developed distinctive vocal profiles for the urbane Delaware and the gruff-voiced, emotional Sturgis. It would be hard to imagine anybody else giving voice to these vivid characters.