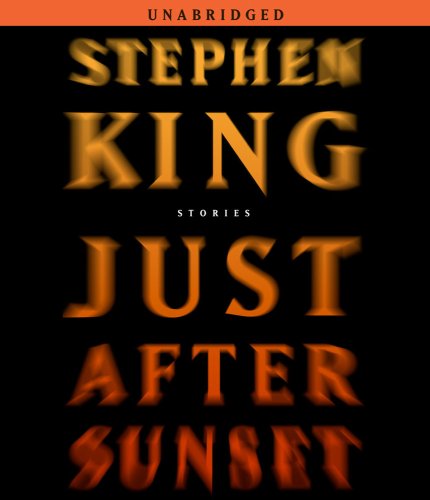 King’s latest anthology reminds readers that while his many works contains supernatural elements, his true skill as a writer lies in his ability to tap into the minds of his characters and, more importantly, his readers. The story topics are scattered, but most have that signature King style that blurs the line between fiction and reality. His most effective story, “N,” is a tale about obsession and compulsion that will make even the mellowest listeners a bit paranoid. Part of the beauty of this tale is the use of multiple narrators for different points of view. Using a different narrator for each story works well. (Ron McLarty’s and Mare Winningham’s were previously produced and released as solo efforts.) King reads the introduction, one story and the end notes about each story. While not necessarily of the same caliber as his co-narrators (including Jill Eikenberry, Holter Graham, George Guidall, Denis O’Hare and Karen Ziemba), his ability as a narrator has improved significantly over the years.