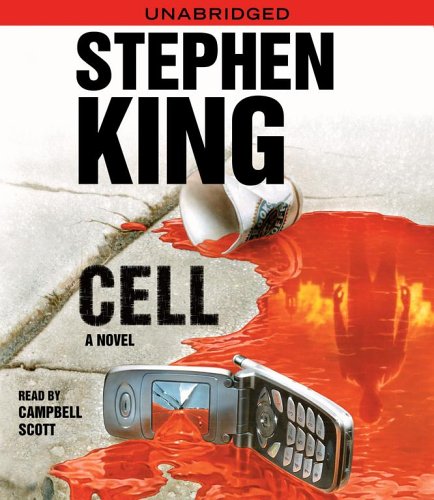 It's probably a good idea not to use your cell phone while you listen to Scott's beautifully understated reading of terrormeister King's latest take on technology run amok: you might just toss it down the nearest storm drain. The excellent film actor (who catches the power of his late father George C. Scott's voice but smooths off the rough edges) adds an important element—quiet believability—to King's bloody, occasionally over-the-top story of a short but lethal electronic signal that seriously damages everyone in the world using a cell phone at that moment. The Pulse, as it comes to be known, turns idle chatterers into weirdly rewired killing machines. Scott makes the lead character—a comic book artist from Maine (where else?) named Clayton Riddell, who is in Boston with his phone off and in his pocket—a touching and surprisingly tough survivor, much like the nonpods in . He also resists the temptation to make the "phoners" (those affected by the Pulse) sound unusually strange or dangerous—until their real motives become obvious.