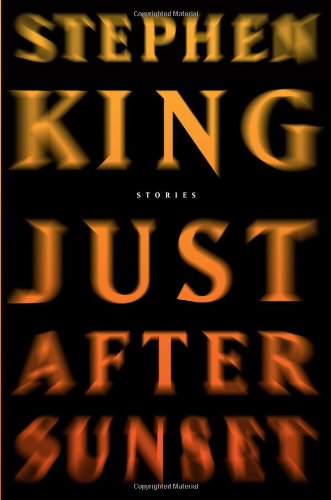 In the introduction to his first collection of short fiction since (2002), King credits editing (2007) with reigniting his interest in the short form and inducing some of this volume's contents. Most of these 13 tales show him at the top of his game, molding the themes and set pieces of horror and suspense fiction into richly nuanced blends of fantasy and psychological realism. “The Things They Left Behind,” a powerful study of survivor guilt, is one of several supernatural disaster stories that evoke the horrors of 9/11. Like the crime thrillers “The Gingerbread Girl” and “A Very Tight Place,” both of which feature protagonists struggling with apparently insuperable threats to life, it is laced with moving ruminations on mortality that King attributes to his own well-publicized near-death experience. Even the smattering of genre-oriented works shows King trying out provocative new vehicles for his trademark thrills, notably “N.,” a creepy character study of an obsessive-compulsive that subtly blossoms into a tale of cosmic terror in the tradition of Arthur Machen and H.P. Lovecraft. Culled almost entirely from leading mainstream periodicals, these stories are a testament to the literary merits of the well-told macabre tale.