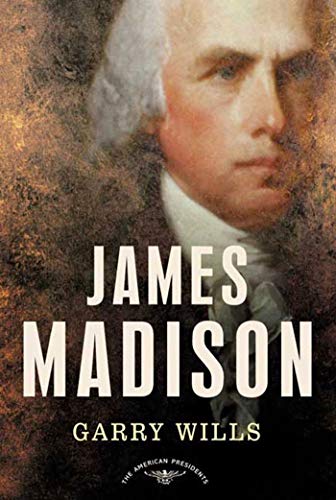 It's tough to write a compelling biography of Madison: though a great politician, he was also a provincial, cerebral and slightly dull man; any account of his life must contain the kinds of dry legislation—the Non-Intercourse Act, Macon's Bill Number 2, for example—that have driven generations of history students to distraction. But Pulitzer Prize–winning historian Wills does as good a job as possible in this brief volume, the latest addition to a series on the nation's presidents edited by Arthur M. Schlesinger Jr. With prior studies of Washington, Jefferson and other Framers (including Madison) under his belt, Wills is well acquainted with his subject and balanced in his assessments. Madison, "this unimpressive little man with libraries in his brain," was the "Father of the Constitution" and the nation's fourth president. But during an extraordinary four-decade public career, Madison also guided Washington and Jefferson in their presidencies; steered the pioneering Virginia Statute for Religious Freedom through that state's legislature in 1786 and the Bill of Rights through Congress; and helped Jefferson found the Democratic Party. But for all Madison's greatness, Wills nevertheless (and justifiably) judges him naïve, inconsistent, occasionally dishonest, prone to sniff conspiracy in any opposition, and, like so many Southerners of the time, deaf to and finally paralyzed by slavery. Moreover, although he was a first-class committeeman, he lacked executive talent. His presidency was a near disaster and he narrowly averted defeat in the War of 1812. To Madison's credit, unlike other wartime presidents, he didn't stretch the Constitution or invade civil liberties. Madison had "the strength of his weaknesses," concludes Wills in this fine, short biography of one of the nation's greatest public servants.