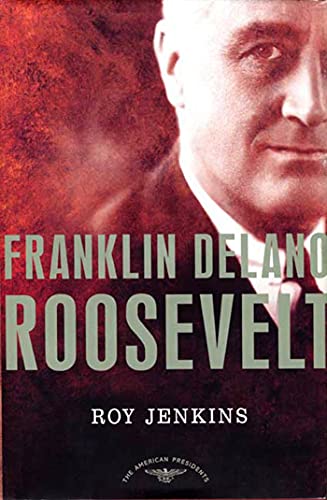 Distinguished British historian Jenkins (author of the recent bestselling biography ) died in January 2003. He left this brief biography of FDR for Arthur Schlesinger's American Presidents series largely complete. Now published with a conclusion written by another eminent historian, Richard Neustadt, the volume comprises a concise yet coherent and quite reliable summation of Roosevelt's fascinating life and presidency. Jenkins captures FDR in all his contradictions. As the author astutely notes, although a Knickerbocker squire from New York's Hudson Valley—arguably the most Europe-oriented part of the United States—FDR was "peculiarly successful at transcending geography and uniting the continent." Whomever he met, he charmed, be it some simple farmer or Winston Churchill. But the one he charmed before most others, his fifth cousin and spouse, Eleanor Roosevelt, came to view him cynically. She recognized that intermixed with his enormous capacity and willingness to do good, there was a certain self-serving casualness that permitted numerous petty lies perpetrated on friends, allies and family. Elegantly describing FDR's course through a score of personal and political ordeals, Jenkins astutely shows us the man in all his many incarnations: the confident son of privilege who morphed into a wry, young politico on the rise; the startled victim, for whom all things had previously come so easily, hitting the brick wall of polio and fighting back, strenuously leading his broken country out of its two great 20th-century crises: the Great Depression and World War II.