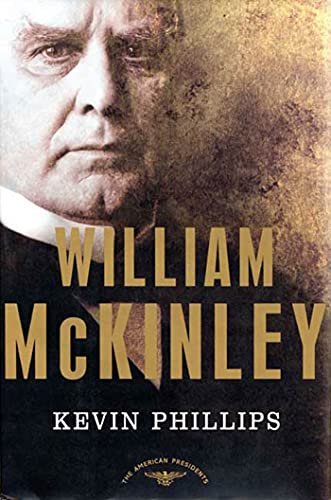 Every president probably deserves his apologist. Here, William McKinley, president from 1897 until his assassination in 1901, gets his. Phillips (), a skilled political writer who foresaw the "the emerging Republican majority" of 1968, was an inspired choice of Arthur Schlesinger Jr., editor of the American Presidents series, to write about this chief executive who, Phillips says, also represented a new Republican alignment. The author makes about as good a case as possible for what he terms a "near great," "hinge" president whose administration prefigured so much in modern politics and policy. McKinley emerges as a strong Ohio governor and decisive president whose stern mien hid a thoughtful, even gentle, side. A Civil War veteran and Lincoln Republican, he presided over the emergence of the U.S. as a world power in the Spanish-American War, and his election in 1896 ushered in roughly 40 years of Republican political dominance. Still, it's a bit far-fetched to present McKinley as a "tribune of the people," who should get credit for many of the more progressive policies pursued by his successor, Theodore Roosevelt. What's more, the strained, clotted words that occasionally interrupt otherwise lively prose suggest too hasty writing and editing. Unlike authors of other volumes in this series, Phillips wastes space telling us what other historians have written about McKinley and arguing with many of them. But one can't fail to come away from this book with deeper knowledge of a critical moment in American governance and a warmer appreciation for a man who Phillips insists has gotten a bum rap. This little work of rehabilitation should help set McKinley's reputation right.