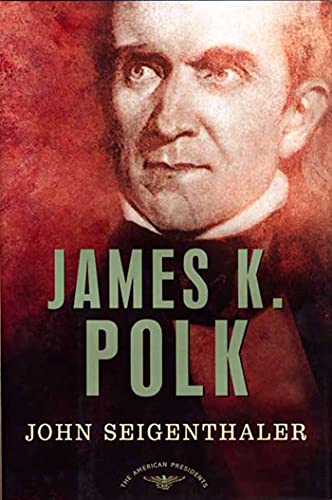 This newest addition to the American Presidents series edited by Arthur M. Schlesinger Jr. offers a solid portrait of an unlikable man who achieved extraordinary things. A Tennesseean like Polk, Seigenthaler (founding editorial director of ) agrees with those who rate this dour, partisan, grudge-holding, one-term president a success. Polk took office in 1845 with four aims in mind: to lower the tariff, take federal deposits away from private banks, wrest the Oregon territory from joint possession with Great Britain and make California an American territory. In achieving everything he sought, Polk was more successful than most presidents. National sentiment favored him. He was politically skillful. And by declaring that he'd serve for only one term, Polk freed himself to push ahead without his eyes on re-election. But Seigenthaler fails to evaluate the consequences of Polk's successes. His first three goals were reasonably uncontroversial, their effects specific and contained. But his last—to take California from Mexico—ended in war with that nation, ostensibly over Texas. The war brought Texas, California and the entire Southwest into American possession. It also cost Mexico half its territory. More consequentially, it heightened national tensions over slavery and set in motion the bitter events that culminated in civil war. To be sure, those events lie beyond the biography of a man who died long before the Civil War began. But a presidency takes on meaning from its context and consequences. In the end, this biography nicely paints a four-year term, but leaves us wanting an assessment of its significance within the longer span of history.