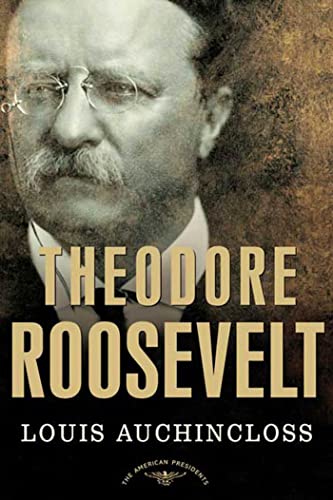 The statement "radical... action must be taken to do away with the effects of arrogant and selfish greed on the part of the capitalist" might sound like Karl Marx or Eugene V. Debs, but it comes from Theodore Roosevelt. Yet this president was "neither by birth, upbringing, or mature inclination in the least bit a radical," according to eminent novelist Auchincloss (, etc.). TR (1858–1919), he says, embodied numerous contradictions for which he has been periodically pilloried by liberals and conservatives alike. Responsible for much progressive legislation—he passed the Pure Food and Drug Act, created federal forest lands and obtained antitrust legislation—he was also an aristocrat who was against monopolies because they were not gentlemanly, invaded Panama to build the canal and casually exhibited racism during the Spanish–American War. Born into a wealthy New York family, Roosevelt overcame bad health in childhood to embody an image of manliness (losing an eye in a boxing match against a "younger and stronger" man) and bluster that defined his era. He also avidly read Dickens, Thackeray and Greek drama. Though acknowledging Roosevelt's many contradictions, Auchincloss sidesteps most serious criticism of his subject. He paints a vivid portrait and almost treats the president as a quirky character in one of his own novels of upper-class America. More ruminative essay than close historical study, Auchincloss's narrative wanders in chronological disarray. Nonetheless, it is a compelling, novelistic approach to history. Readers curious about Roosevelt but intimidated by Edmund Morris's multi-volume bio can wet their toes in this slim text, the first title in the American Presidents series, edited by eminent historian Arthur M. Schlesinger Jr.—and clearly modeled on the successful Penguin Lives series of short biographies by notable writers.