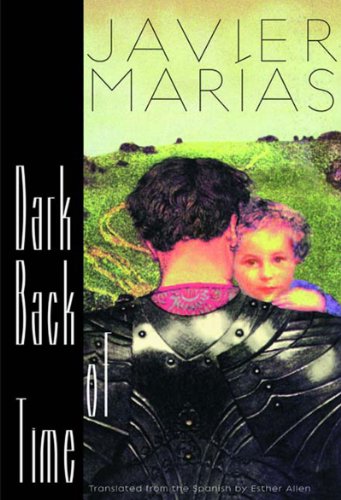 Dark Back of Time

The Spanish novelist Javier Mar as has the ability, which he shares with Italo Calvino, to turn a metaphysical insight into a novelistic adventure. In his latest book, Mar as employs the old gambit of a novel within a novel, but the radical twist is that the novel on the inside is one of Mar as's real, previous novels All Souls. All Souls revolved around various fictitious and nonfictitious Oxford personalities, and was inspired by Mar as's temporary teaching position at the university in the early '80s. In the present novel, Mar as learns, to his dismay, that various factual Oxford personages upon whom various fictional personages were based are taking over his novel, in effect, by extrapolating fictitious facts from partial facts that were embedded in the original fiction. For instance, the fictitious narrator of All Souls has an affair with a married woman, Clare Bayes. This is translated, in the Oxford community, as proof that the real Mar as had a real affair with a woman at Oxford, who is variously identified. Other misidentifications and misreadings follow. In one of the funniest scenes, Mar as returns to an antiquarian bookstore in Oxford and finds that the couple who own it, the Stones, not only identify with the bookstore-owning Alabasters in his novel, but want to play them in the film version of the book. Meanwhile, the film, in a final turn of the screw, turns out to be a complete distortion of the novel. The second half of this novel is a virtuoso digression on the seedily adventurous circle around a minor British poet and Oxford figure, Gawsworth. Mar as has an antiquarian's taste for history's minor characters, in whose lives fact flows easily into fiction and back again. (Apr.)
close
Details