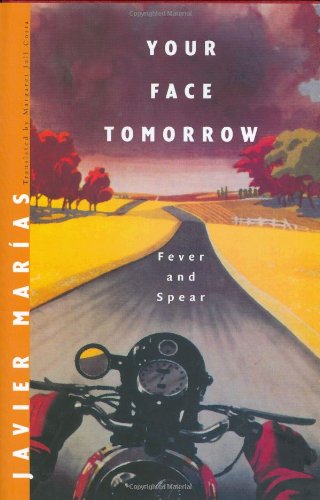 Your Face Tomorrow: Fever and Spear

The mechanisms of reflection and digression, broken down into their tiniest constituent parts, are always the focus of attention in Spanish novelist Marías's sophisticated novels ( ; ; etc.). In his leisurely, incisive latest, these preoccupations fuel a plot with a spy-novel gloss. Jaime Deza, separated from his wife in Madrid, is at loose ends in London when his old friend Sir Peter Wheeler, a retired Oxford don, introduces him to the head of a secret government bureau of elite analysts with the ability to see past people's facades and predict their future behavior. A cocktail party test proves Deza to be one of the elect, and he goes to work clandestinely observing all sorts of people, from South American generals to pop stars. Deza also brings his finely tuned mind to bear on Wheeler's mysterious past and on his own family history, both of which are shadowed by the Spanish Civil War. Marías's long-drawn-out dance of withholding and revelation comes to a halt mid-step—the book is the first half of a single larger work, not a stand-alone volume—but readers with an appreciation for the author's deliberate, exquisite prose won't mind waiting for the second volume.