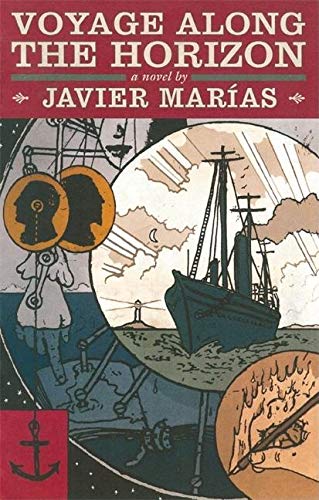 Voyage Along the Horizon

Marías's second novel was written in the early '70s when he was 21, and it has all of the stylistic grace and wry invention that has put Marías on the Nobel shortlist. An unnamed narrator ruminates on the intentions of a man (variously called Holden Branshaw and Hordern Bragshawe) who decides not to publish a novel written by an unnamed author who died penniless pursuing the life of that novel's subject: Victor Arledge, an author who died a recluse at age 38. The plot is pure Borges; the elongated sentences reflect nested perspectives in a manner that recalls Conrad's . The bulk of the book is devoted to the reading aloud of the novel, titled ; it's set around 1900 and concerns a voyage of French and English writers, Arledge among them, to Antarctica headed by an American patrician and former steamboat captain named Kerrigan. The goal—a collaborative work based on their travels—gets derailed by a variety of stock fictive plot points. The reserved 19th-century diction is flawlessly translated throughout, and Marías's joy in folly is everywhere evident.