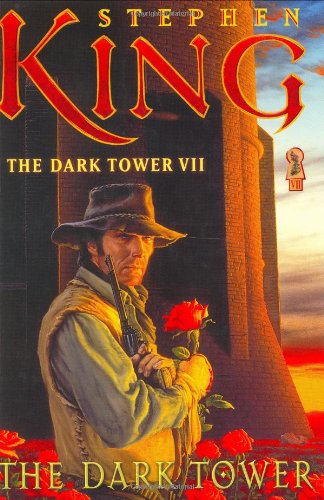 A pilgrimage that began with one lone man's quest to save multiple worlds from chaos and destruction unfolds into a tale of epic proportions. While King saw some criticism for the slow pace of 1982's , the book that launched this series, (Book II, 1987), reeled in readers with its fantastical allure. And those who have faithfully journeyed alongside Roland, Eddie, Susannah, Jake and Oy ever since will find their loyalty toward the series' creator richly rewarded.

The tangled web of the tower's multiple worlds has manifested itself in many of King's other works— (1978), (1994) and (1999), to name a few. As one character explains here, "From the spring of 1970, when he typed the line ... very few of the things Stephen King wrote were 'just stories.' He may not believe that; we do." King, in fact, intertwines his own life story deeper and deeper into the tale of Roland and his surrogate family of gunslingers, and, in this final installment, playfully and seductively suggests that it might not be the author who drives the story, but rather the fictional characters that control the author.

This philosophical exploration of free will and destiny may surprise those who have viewed King as a prolific pop-fiction dispenser. But a closer look at the brilliant complexity of his Dark Tower world should explain why this bestselling author has finally been recognized for his contribution to the contemporary literary canon. With the conclusion of this tale, ostensibly the last published work of his career, King has certainly reached the top of his game. And as for who or what resides at the top of the tower... The many readers dying to know will have to start at the beginning and work their way up. 12 color illus. by Michael Whelan.