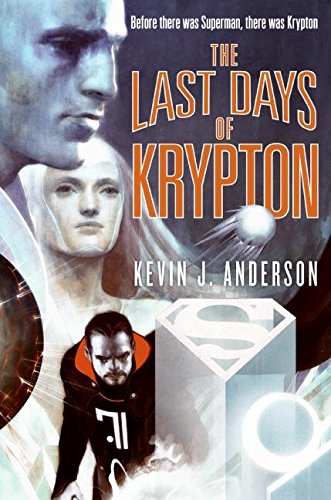 The Last Days of Krypton

As seen on film and TV, the Phantom Zone where Superman’s enemies are exiled is insubstantial and two-dimensional, much like this chronicle of the death of the cape-clad hero’s home planet. Best known for sweeping space opera (the Seven Suns series; ), Anderson briskly and blandly narrates these events as if voicing a news documentary, completely removing the tension from otherwise dramatic turns of fate. After young artist Lara rescues gifted scientist Jor-El from the Zone, their courtship is lost among a host of fragmentary subplots and minor characters with names pulled straight from the acknowledgments page. Would-be dictator Zod, who twirls his mustache in mostly solitary musings for nearly half the book, disconcertingly insists on conducting the wedding before descending into tiresome megalomania. Frustrated Superman fans will wish that Anderson had instead expanded on Lara’s brief private account of Zod’s ascendance and Krypton’s destruction.