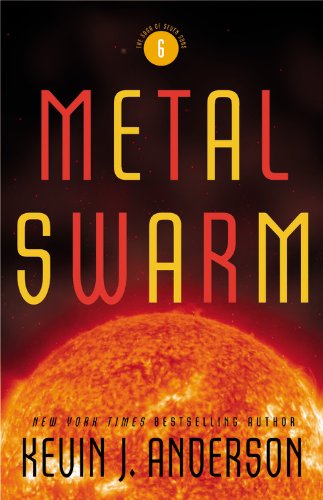 Bestseller Anderson’s super-size mosaic of intergalactic, Darwinian conflict has been compared to some of the genre’s grandest epics with good reason, but the breakneck sixth book (after 2006’s ) of this shelf-bending space opera fails to satisfy on its own merits. The quickly deteriorating Terran Hanseatic League (Hansa), the formidable Ildiran Empire and the newly created Confederation of Hansa’s ex-colonies and rivals are in a fight for their very existence, battling not only each other but rogue robots, sentient fire entities and an ancient insectoid race, thought long extinct, which plans to eradicate all life on the planets it claims to own. Although Anderson brings all of his considerable skill to bear, much of the action-packed conflict remains relatively predictable, perhaps due to the unwieldy cast of characters, tapestry of intertwining subplots and eon-spanning backstory. A sparse conclusion leaves readers hanging in anticipation of book seven.