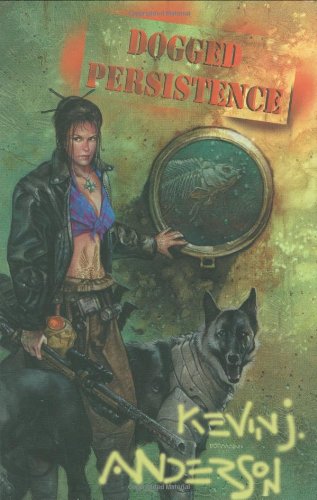 Bestseller Anderson, author of various and novels, shows unexpected breadth in his first short-story collection. A couple of SF tales, "Dune: A Whisper of Caladan Seas" (a rehash of the Herbert novel) and "Prisoner of War" (an unnecessary sequel to Harlan Ellison's teleplay, "Soldier"), fall flat, but several stories succeed in combining technology with emotional punch. Humanity drives the poignant "Human, Martian—One, Two, Three," about a pregnant woman fighting to save her baby amidst a group of physically altered and sterilized inmates of a Martian labor camp, as well as the title story, in which a woman prays that the technology she had despised in her husband's work will save their son. The author is especially good at devising literary historical fantasies, notably two spin-offs: "Scientific Romance," about a young H.G. Wells as a student of Darwin defender T.H. Huxley; and "Canals in the Sand," in which astronomer Percival Lowell, who saw canals on Mars, gets to construct corresponding canals in the Sahara. Also clever are a pair of ghost stories: "The Ghost of Christmas Always," a sentimental yarn in which Charles Dickens's long-deceased sister-in-law inspires him to write "A Christmas Carol"; and the Shakespearean "Final Performance," about a theater built with lumber from the old Globe Theatre that is haunted by the ghosts of former actors. All in all, these 18 tales provide solid entertainment, and reveal depths not evident in Anderson's more commercial fiction.