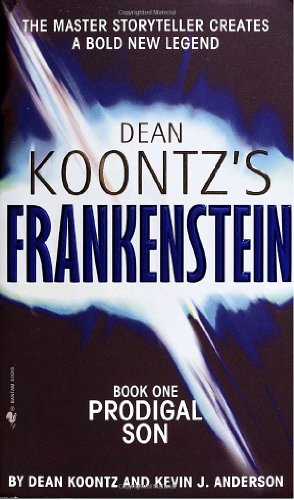 In this grisly thriller, the first in a new series by bestsellers Koontz and Anderson, Dr. Frankenstein has survived into the 21st century, masquerading as biotech tycoon Victor Helios. Helios wants to replace flawed humanity with his New Race, people born and fermented in pods, their personalities programmed by him, their imperfections removed in the lab. But at least one of his creations has become a serial killer, trying to assemble the perfect woman from parts of many. Like expert plate-spinners, the authors set up a dizzying array of narrative viewpoints and cycle through them effortlessly. These include one of Victor's creations who suffers from autism and is trying to understand it; a cloned priest who serves as a clandestine member of Helios's army; Helios's custom-made wife, unique among his creations in that she's allowed to feel shame; and, tying it all together, a classic buddy-cop set of homicide detectives who slowly come to understand that the butcher they're chasing isn't quite human. The odd juxtaposition of a police procedural with a neo-gothic, mad scientist plot gives the novel a wickedly unusual and intriguing feel. The familiarity of the Frankenstein myth makes much of the story arc predictable, but it's still a compelling read, with an elegant cliffhanger ending.