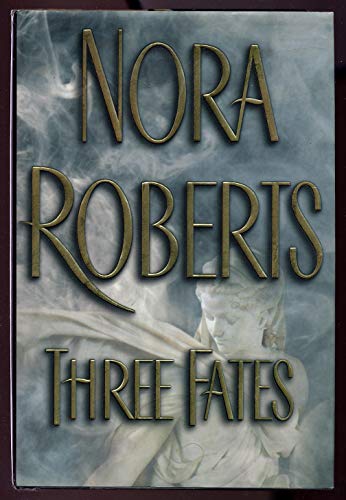 Acts of thievery ultimately lead to justice in the wildly prolific Roberts's latest romantic suspense novel. The little silver statues representing Greek mythology's Three Fates are an art collector's dream: they're extremely valuable individually, but priceless as a trio—and legend has it that when put together, they endow their owner with power over destiny. When a German U-boat torpedoes the in 1915, petty burglar Felix Greenfield is in the midst of purloining one of the Fates from a first-class stateroom. Felix survives the ship's sinking and vows to reform. Flash to the present, in which three of Felix's descendants—calculating Malachi, slick Gideon and intelligent Rebecca Sullivan—have just had their Fate stolen by Anita Gaye, a ruthless and menacing antiques dealer. Vowing to recover Felix's statue, the three siblings depart Ireland to search the globe, finding love along the way with a pan-phobic Greek scholar, a stripper and a security expert. Like the Three Fates, the six principals learn that they will only be powerful enough to defeat Anita if they can operate as a single unit. Though it's a slick, snappy read, this character-heavy sudser is far from Roberts's best. She uses the words "three" and "fate" so often that the repetition becomes comic, the siblings' exotic globe-trotting amounts to little more than location name-dropping and Anita, a villainess of Cruella de Vil proportions, is a caricature rather than a character. But Roberts has been so popular, and for so long, that her legion of fans will undoubtedly forgive her for this one while eagerly awaiting her next.