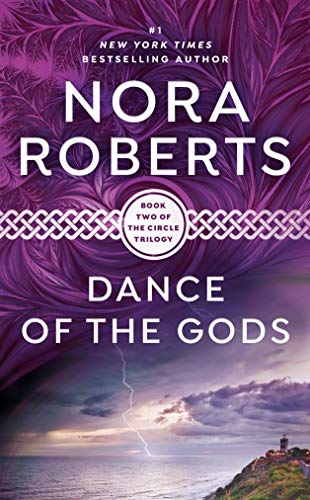 Dance of the Gods

Roberts's Circle Trilogy continues with this second installment (following ), in which the circle of six prepare for their battle against the powerful vampire Lilith and her undead army. The six members, culled by the goddess Morrigan from the past and the present, include the wizard Hoyt and his vampire brother Cian, the witch Glenna, ancient Geallian princess Moira and her shape-shifting cousin Larkin, and demon hunter Blair. Preparing for the showdown in modern-day Ireland, the group split their time among training, defending against Lilith's agents, bickering fitfully among themselves and, for some, doing their best to ignore mounting sexual tension. The relationship between the bigheaded, anachronistic Larkin and the hot-tempered, thoroughly modern lone-wolf Blair gives the proceedings a satisfying emotional core, especially rewarding when their anger turns—finally—to lust. Fulfilling their destiny, the six warriors enter the stone circle to travel backward in time to Geall for the fateful battle with Lilith. Roberts's latest is a testament to her skill and range, as this richly detailed fantasy—only her second attempt at the genre—hums with wit, humor and sizzling romance. Paranormal fans are assured a good time, as is anyone who enjoys captivating fiction.