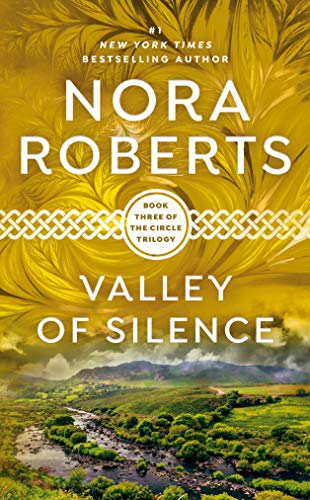 Roberts's paranormal Circle Trilogy concludes with the "circle of six" warriors—the sorcerer Hoyt, Hoyt's vampire brother Cian, the witch Glenna, the warrior Blair, the shape-shifter Larkin and Larkin's scholar-princess cousin Moira—preparing for battle against the evil vampire, Lilith. Having traveled back through time to Moira and Larkin's ancient kingdom of Geall, Moira raises the sword from the stone to take her place as queen. With her five warrior companions by her side, Moira leads her people into battle against Lilith's army of vampires, who are intent on destroying Geall. Meanwhile, Moira and Cian give in to powerful feelings of love, stealing nights of passion that could spell ruin for both of them. As war befalls the kingdom, Roberts brings the same precise, resonant energy to battle scenes that make her sexual interludes shine, grounding magic, dragons and vampires in a believable world. The truest moments of this novel, however, belong to Roberts's fully formed characters, especially in the love sacrifices of Moira and Cian. Completing her series with the real-world complications of selfless, star-crossed love, Roberts has crafted a fantasy-romance trilogy with strong appeal for romance fans of all stripes.