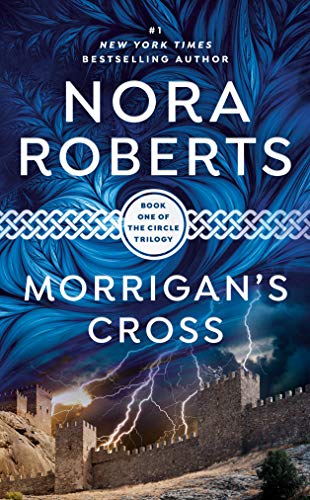 Romance institution Roberts dives into her first paranormal series with the first book in the Circle Trilogy. In 12th-century Ireland, sorcerer Hoyt Mac Cionaoith does battle with a centuries-old vampire named Lilith, who has turned Hoyt's twin brother, Cian, into a fellow bloodsucker. Unable to defeat her, Hoyt is visited by the goddess of battle, Morrigan, who charges him with the task of leading a battle, "the greatest ever waged," against Lilith and her demons. Hoyt must gather five others to fight alongside him: "the witch, the warrior, the scholar, the one of many forms, and the one you've lost." He travels in time to present-day New York, where he encounters his vampire brother, Cian, and Glenna, a beautiful red-haired witch. Two more warriors, Moira and Larkin, join them back in the Mac Cionaoith ancestral home. Romance ignites between Hoyt and Glenna as enemies emerge from the shadows, and the "circle of six" prepare for the big showdown with Lilith. This well-plotted, finely detailed paranormal adventure is driven by richly developed characters, making it a cut above others in this subgenre, and among Roberts's best.