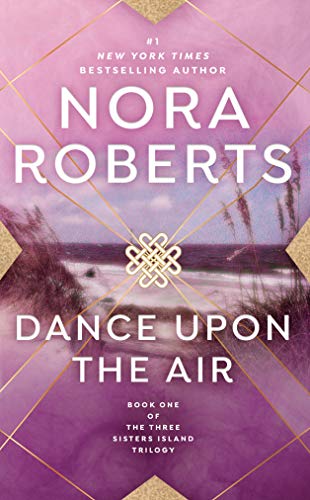 DANCE UPON THE AIR

The first installment of Roberts's newest trilogy set on Three Sisters island invokes the sensitive characterizations and magic that distinguished her previous trilogy (; ; ). An enchanted island off the coast of Massachusetts, Three Sisters was formed as a sanctuary by three frightened witches fleeing persecution. Although the witches found peace on the island, each of them entered into an ill-fated relationship and died tragically. Now their descendants—Nell Channing, Ripley Todd and Mia Devlin—have to break the pattern set by their foremothers, or the island will sink. This first book focuses on Nell, a newcomer to the island who escaped her abusive husband by staging her death. Nell is unaware that she's a witch, but she is instinctively drawn to the island and secures a job as a chef in the café owned by Mia. Between coping with her bleak memories and deciding whether she can give her heart to Zach Todd, Ripley's brother and the island sheriff, Nell has little time to digest the discovery that she's a witch. In the end, however, Nell will have to come to terms with her newfound powers so that she can fight her all-too-demented husband. It's probably witchcraft that Roberts can turn out so many books and still create something that's sexy and charming, but in this tale, it's evident that she hasn't lost her fairy touch.