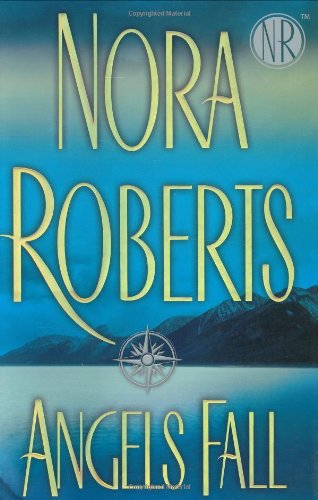 Roberts's latest novel of romantic suspense is a cunningly calibrated portrait of a young chef's recovery from violent trauma. While driving in the Grand Tetons, displaced Bostonian Reece Gilmore stops in the small town of Angel's Fist, near Jackson Hole, Wyo., and considers the "Cook Wanted" sign in Joanie's, a local diner. Still rattled by a shooting spree at her Boston restaurant that left her wounded and the only survivor among 12 co-workers, Reece is easily spooked, as noted by her plainspoken new boss, Joanie, and the locals who frequent the restaurant. Among them is a wary, unattached mystery novelist, Brody. Indeed, when Reece claims to have witnessed a murder while hiking along Snake River, few except Brody are inclined to believe the skittish new resident: Sheriff Rick Mardson hasn't found any clear evidence of a woman struck down near the river; Doc Wallace is suspicious of Reece's fragile mental state; and Joanie isn't about to cut Reece any slack while running a busy kitchen. Roberts cleverly casts suspicions on the locals while developing the romance between the two feisty protagonists. A slow-burn start combusts in a satisfying denouement; Roberts's legions of fans will be enthralled.