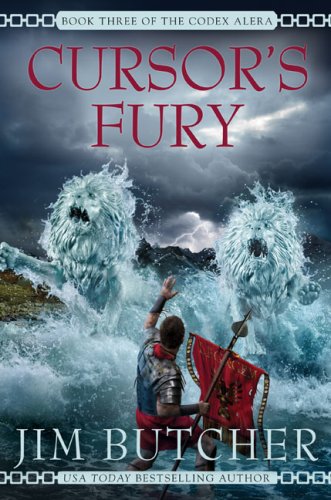 Butcher deftly mixes military fantasy and political intrigue in the rollicking third Codex Alera book (after 2005's ). Gaius Sextus, the First Lord of Alera, plants his nephew Tavi in a new legion, where Tavi can gather information on the rebellious High Lord of Kalare. Tavi, now a full-fledged Cursor, or spy, infiltrates the legion under the assumed identity of an officer, a station the green young man has not yet actually achieved. Treachery from a supposed ally opens the legion to attack from its bestial enemies, the Canim, incapacitating the captain and catapulting Tavi to the rank of the legion's commanding officer. Cut off from contact with the First Lord and with few seasoned officers to guide him, he must lead the troops in a defense of the Imperium against a horde of frenzied Canim warriors set on annihilating the Aleri people. Readers will cheer Tavi every step of the way.