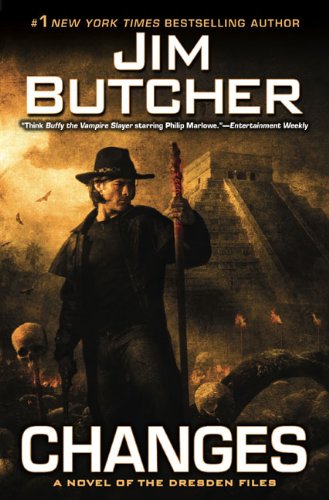 The fast-paced and compelling 12th book in Butcher's bestselling series (after 2009's ) is aptly titled. Beginning with the revelation that wizard detective Harry Dresden has a daughter, Butcher throws one high-stakes curveball after another at his hero. Harry's ex-girlfriend, Susan Rodriguez, discloses young Maggie's existence after vampire Red Court duchess Arianna Ortega kidnaps the child. Ortega holds Harry responsible for the death of her husband and is planning to offer Maggie as a human sacrifice. With a fragile peace in place between the Red Court and the White Council of wizards, Harry is unable to count on them for support in his rescue mission, and he must compromise almost everything he believes in to save his daughter. Butcher is deft at relieving some of the tension and grimness with bursts of gallows humor that keep readers coming back for more.