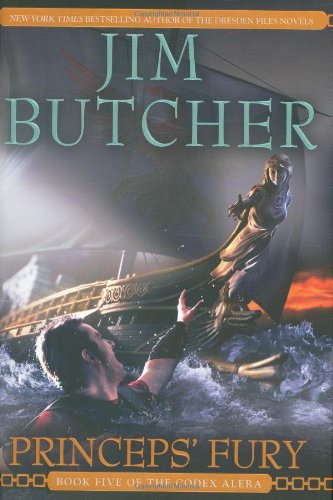 The rousing fifth installment of Butcher’s military fantasy cycle (after 2007’s ) finds the land of Alera recovering from Lord Kalarus’s rebellion, an invasion by the wolven Canim and a bloody slave revolt. Now a new threat emerges: the all-devouring insectoid Vord, who have learned to control the elemental furies that once protected Alera. Young Tavi of Calderon, recently recognized as the heir to Alera’s throne, fights seasickness and interspecies hostilities escorting the Canim invaders back to their homeland, only to negotiate a fragile alliance with them against the Vord. No less powerful than his intense battle scenes, Butcher’s vivid characterizations, based on ancient Roman Republican ideals, range from duty-honor-country austerity in battle to brilliant peacemaking, noble self-sacrifice and Tavi’s coming-of-age as a wise Marcus Aurelian ruler.