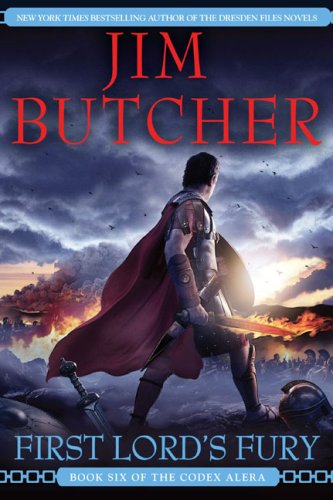 The creativity Butcher displays in his Dresden Files series is less apparent in the derivative sixth fantasy yarn set in quasi-Roman Alera (after 2008's ). New readers are tossed into a complex plot without any explanation of the considerable backstory, making it hard to connect with the characters or action. The book centers around yet another world-shaking battle between good, represented by Alera, and evil, represented by the vord queen and her legions of scorpionlike followers. A major character is falsely believed dead; there's a traitor in the ranks of the good guys; there's also heroic sacrifice, combat against overwhelming odds, etc. Banter in moments of extreme crisis is absurdly common but never convincing, and neither characters nor story develop anything resembling depth.