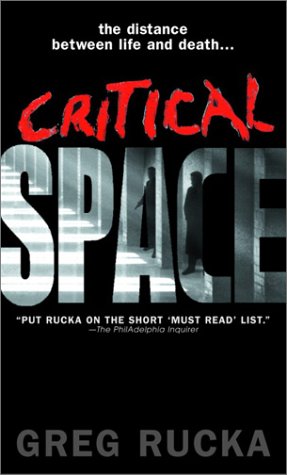 The trouble with the old Tom and Jerry cartoons was that the mouse had all the moves. In Rucka's new thriller (after ), best read with a bag of popcorn in hand, the cat has learned a lot. The mice (so to speak) are the KTMH Security team, headed by Atticus Kodiak, renowned as the only security operative ever to outmaneuver a young female assassin know as Drama, one of the deadliest members of The Ten, an international group of stone-cold killers. Kodiak is not an arrogant man. He realizes that his escape was pure luck, and he isn't surprised when Drama turns up again. This time her target seems to be KTMH's lucrative new client, 23-year-old heiress and child rights activist Lady Ainsley-Hunter, but at the height of the chase she turns the tables: she wants to hire Kodiak as her personal bodyguard. Seduced by the complicated, surprisingly fragile killer, Kodiak can't help but take the job, even if it means going up against an even deadlier assassin, the FBI and his own best friends and colleagues. Rucka's suspense is based not on violent confrontation but on "what happens next?" The action tends to be a bit drawn-out, but the pace is good and the plot compelling. Best of all, Rucka's protagonists are well-rounded and sympathetic, convincingly resourceful and refreshingly low-key. Solidarity and friendship are as important as weaponry and tactics in this satisfying, character-driven thriller.